In my recent book “Entrepreneurship in Exile” which examed a hundred Syrian refugee entrepreneurs’ views and experiences. I have heard directly from the founder from Turkey to Jordan, Germany, and Canada, we heard about the people who took a step and made a decision. They left behind a country, a home, a memory, and took their journey to the unknown. They settled in their new home, started a business, became employers, and contributed to the local economy.

The results were incredible, despite the severe conditions in which refugees and immigrants live, they have shown incredible strength and resilience. Many have worked hard to achieve their ambitions, becoming a refugee and immigrant entrepreneurs.

The efforts of Syrian entrepreneurs have turned the neighborhoods of 6th October City, Egypt, into bustling corridors of Syrian restaurants and grocery stores (the area is now called “Little Damascus”).  In Turkey, a total of 8,367 new Syrian companies were founded in 2017, up from a mere 157 in 2012, and 800 Syrian industrial establishments have relocated to operate in Jordan. Syrian entrepreneurs in host countries contribute to a wide range of sectors. The most common industry for the self-employed among those surveyed was general services, with 28.5 percent of participants having opened businesses such as restaurants, grocery stores, barbershops, etc. The second most common sector, with 27.8% of start-ups surveyed, was information technology (IT)— the sector that includes main technological applications— along with administrative services.

Syrian women are gradually embracing entrepreneurship and establishing small businesses to earn a living. Across all host countries, 17.22 percent of displaced Syrian women participate in entrepreneurship, a significant improvement over female participation in Syria before the crisis. However, this figure changes from country to country. For example, in Turkey, that number stands at 16.1 percent, while in Lebanon it is up to 29.4 percent.

Given that the act of choosing (when the choice is possible) and moving to another country is an inherently brave and risky decision, it should be of no surprise that refugees and immigrants have repeatedly been found to be more entrepreneurial than locals. Those people are hungry to make it work. The desire has more to do with a will to win and less to do with a percentage game. For them, it is a survival game. 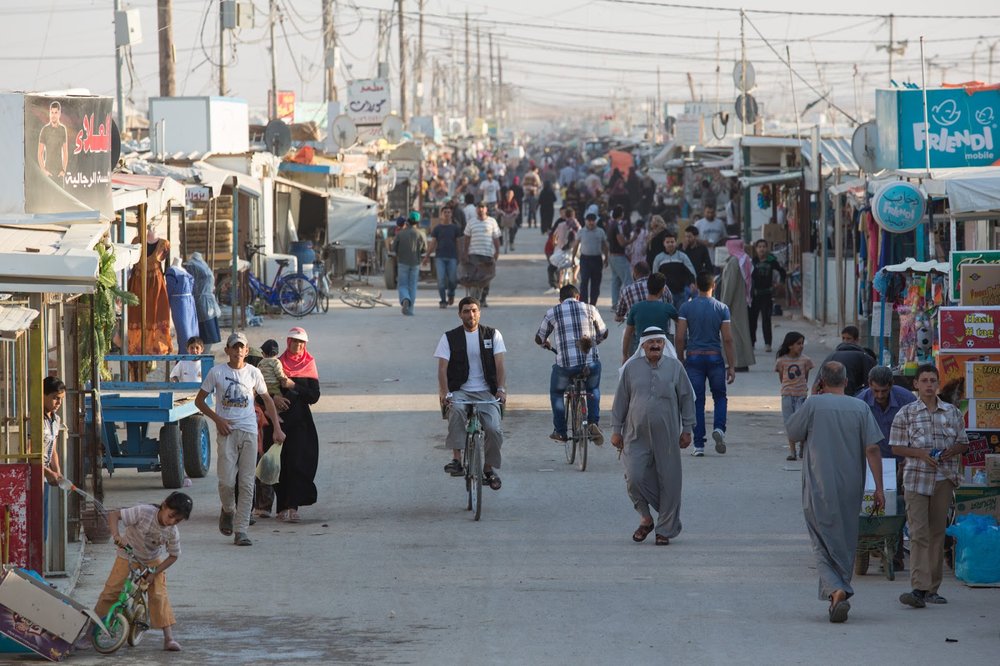