I am a social entrepreneur, startup, and collaborative economy activist. More than 9 years of experience in business development and building communities, and ecosystems. Focused on the potential of the technology, and innovation on business especially in conflict and fragile societies to unlock new sources of value, and to solve the most significant challenges that we face today. 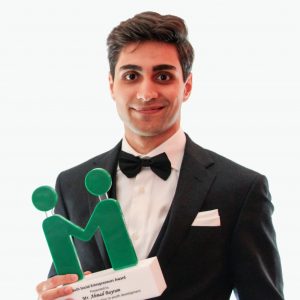 I work as the Middle East and Africa Regional Manager at Techstars, where I support hundreds of community leaders around the region with the main aim of fostering entrepreneurship in a thriving startup ecosystem while creating solid grassroots leadership.

Since 2012, I have been helping hundreds of Syrians to gain access to entrepreneurship opportunities and build a supportive environment. As the Startup Roadshow entrepreneurship program Director, an adviser in the Techfugees Board, and Entrepreneur in Residence at Aliqtsadi, and mentor for several startups, non-profits, and international organizations.

Received the 2019 Arab Social Entrepreneurs Award by Mentor Arabia and her Majesty Queen Silvia of Sweden president of Mentor Organization, and selected as Changemakers for Migration by Ashoka Network, and Ten Outstanding Young Persons of Syria 2016 & 2017 by JCI.

This website is one of the first and prominent blogs in the Arab World that tackle the power of the sharing and collaborative economy. Also, entrepreneurs in conflict (Syria). Ranked #28 world top website about Syria by Feedspot.