There has been an under-reported, almost non-existent conversation in the business landscape about the issue of accessing financing, or lack thereof, by refugee businesses. Although there are 79.5 million forcibly displaced people worldwide (more than the whole population of the United Kingdom), this is a challenge that remains invisible, further deepening the inequality that refugee founders come up against.

As a case study, I recently researched hundreds of Syrian refugee businesses in the neighboring host countries. One of the findings of this research was that 9 out 10 Syrian refugees founders considered securing investment as an extreme challenge. Only six founders out of 270 managed to raise any funding from investors.

There are many reasons why investors and startup programs pass up the opportunity to support refugee founders. It is a complex mix of political, cultural, and economic factors, resulting in what resembles an unconscious bias that disfavors one of the most vulnerable communities. Investors or startup programs will always accept the deal they think is in their best interest, but many have failed to realize financing refugee-owned businesses can be beneficial.

The majority of refugee founders and their network come from financially deprived backgrounds, which puts them at a disadvantage when they arrive in their host countries. They have left behind their assets, savings, and belongings and are left without support from their close networks. While many startups worldwide rely on friends or families for funding, refugee founders have no one to lean on. Loans or credits are not an option either, primarily due to strict regulations and restrictions, or not having assets to mortgage. Some host countries do not allow refugees to open a bank account,  and if they do, they often impose layers of scrutiny on almost every transaction.

Displacement kills the dream for many startups. For those who do not give up, there is no option but to find a full-time job to feed their families and their business ideas at the same time. Daily wages, grants, or startup competitions held by support organizations can provide a narrow route to finance – but it’s often not enough.

Another challenge that startups face is the language barrier in the new markets. The lack of language skills makes the entrepreneurial expedition more difficult and less attractive. Ambitious entrepreneurs know that this is one of the mountains to be climbed if they want to achieve the significant financial outcomes and opportunities open to them.

Ultimately, these hurdles increase the average lead time to launching a startup by over a year. This is a long period for investors or managing directors at accelerators, who may view this delay as a lack of commitment and inability to manage the business properly.

But we must understand the story behind the scenes. Just like millions of their countrymen, entrepreneurs are grappling with the burden of psychosocial traumas. They have been through some of the most testing experiences that anyone could go through – losing loved ones and separation from homes, families, and communities. Added to that is the disruption to their education, the gender-based violence, and uncertainty regarding the future; all of which are part of their daily lives in their original homes.

I met one entrepreneur who lived in Germany. He missed an important meeting with a high-profile investor because he was worried about his family back home. He lost contact with them for a whole week before the appointment, which turned out to be due to an electricity cut in the area. The deal was later canceled, as the Venture Capitalist was worried that such a case might happen again and affect the founder’s ability to run the business.

Another problem is that local investors and startup programs view refugee founders as outsiders with no local market experience. They ask them to spend more time in the market before seeking funds, putting more pressure on the founder during the pitch to prove their knowledge of domestic business rules and regulations, industrial assets, and market trends.

Part of this disharmony between founder and investor is due to a lack of proper communication as refugee founders have not been empowered or feel like second-class citizens. When asked to present the merit of their work, refugee founders tend to be shy and nervous. They attribute their success more to others and significantly less to their skills. The pressure to promote their company in the best way can make them even more hesitant. This inevitably leads to entrepreneurs being misunderstood or gives the impression that they are not knowledgeable enough.

On the legal side, the right to work, including registering a refugee-owned business, is not a straightforward affair in host countries. There is little understanding of what is deemed lawful when it comes to the process of creating a business. In Lebanon – the number one refugee host country per capita – refugees can only work in three sectors: agriculture, construction, and cleaning. In Turkey, while there are no sectoral restrictions, employers have to adhere to a quota and can only hire one refugee for every ten Turks. Refugee founders cannot bring in talented friends or people they have worked with before. This is significant for accelerators and one reason they turn away from accepting refugee founders.

In terms of finance, banks often decline to provide services to refugee clients over security fears. For example, due to the economic sanctions imposed on countries of origin, banks in the countries that host refugees need to ensure that their clients have no suspicious associations. In many cases, banks refuse to process the service altogether, even when other banks in the same country provide the same package.

Refugees are often accused of taking away local jobs and opportunities. Derogatory remarks made to refugees, on the streets of the cities and towns where they sought sanctuary, have verged on discriminatory. Refugee founders recall hearing statements such as “you are taking our homes and jobs” and “go back to your country”, in the places they want to call a second home.

In many contexts, refugees have become synonymous with economic stagnation, decaying infrastructure, unemployment, housing crises, and even declining tourism. Refugees are widely viewed as posing a social and economic threat to the countries hosting them. One entrepreneur told me how a couple of investors denied him funding because of his nationality.

Investing in refugee founders is not an afterthought; it is a necessity. They bring value and diversity to host economies, stemming from their experiences, ways of thinking, and tolerance for risk and hard work. This allows them to contribute new knowledge and solve problems, as they have done in the most challenging times.

The daily life for refugee founders is full of challenges that have only exacerbated the difficulties facing other founders on the way to creating their startups, making them true entrepreneurs by default.

Refugees founders can play a vital role in revitalizing the local economy, including the low-income neighborhoods where they often live. They can be the hammer that breaks down barriers and the bridge that connects different people and cultures to exchange ideas and foster inclusion and cohesion.

It is time we change the narrative and look at refugee founders for what they can contribute, not for who they are or where they come from. 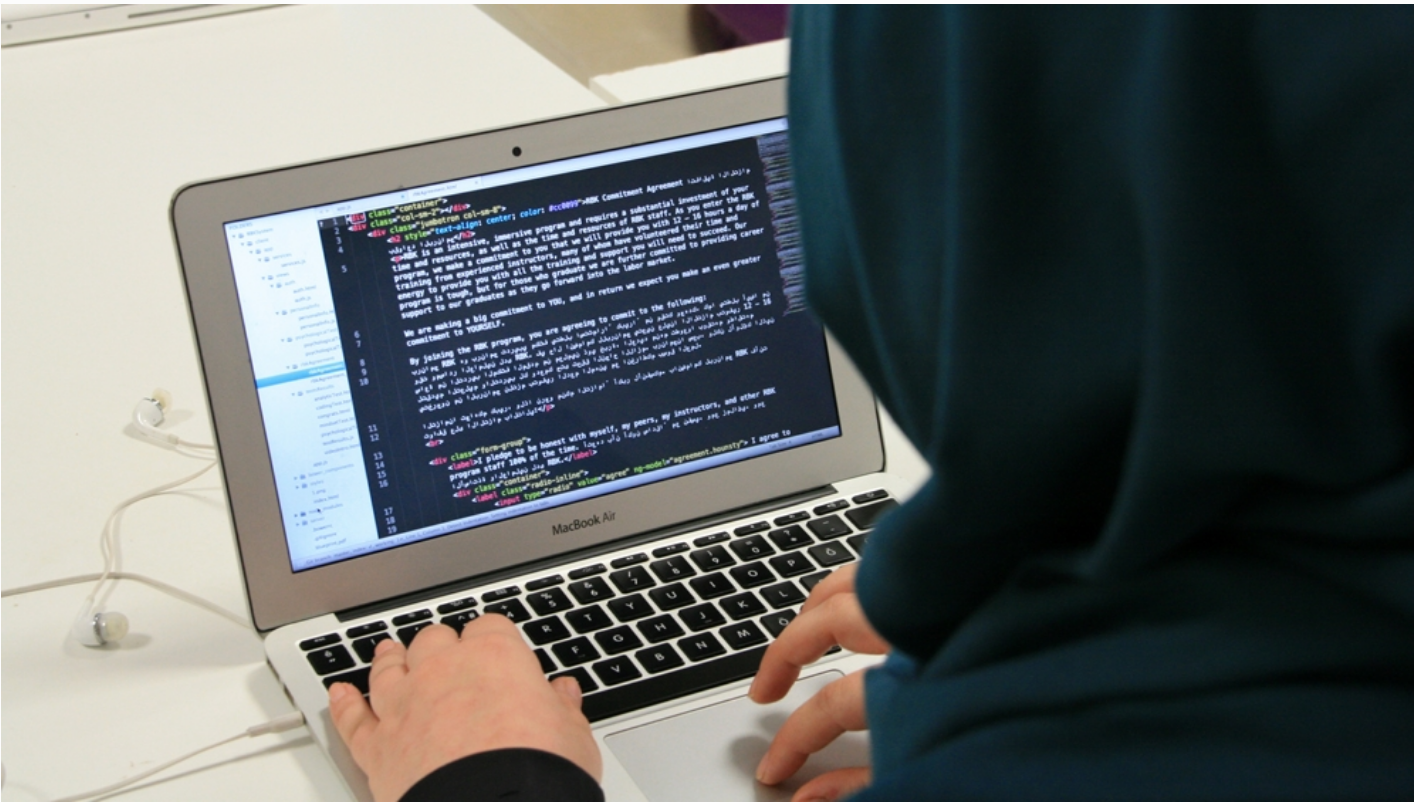