A year ago, I published the Entrepreneurship in Exile study was published to focuses on Syrian entrepreneurs who were forced to leave Syria and become immigrants and refugees in host countries. Built on data from a study examining Syrian entrepreneurs’ views and experiences over 12 months of research, during which 156 interviews were conducted and ten open discussions as well as a series of interviews with entrepreneurial experts. Year after, I wanted to do a revisit on the report and examine the main challenges that faced the entrepreneurs and see what this year has reflected on the Syrian refugees in Jordan.

The Jordan Compact was game-changing to turn the refugee crisis into an economic opportunity by focusing on labor market reform, boosting trade, and attracting investment. The Compact crowded in concessional financings and beyond-aid incentives, like trade concessions that relaxed rules of origin (ROO) to export to Europe, to support inclusive growth for Jordanians and Syrian refugees alike.

The government has taken many steps to allow the refugees in camps like Zaatari to register home-based businesses in all sectors. Furthermore, grantee the Syrians who are living outside the camps the right to register home-based businesses in only the food processing, handicrafts, and tailoring sectors while maintaining 100 percent ownership. However, between January 1, 2016, and March 31, 2019, only 139,002 work permits were awarded, and currently, 38,000 refugees have active permits.

During last year, Jordan has collaborated with the international community, including the European Union and the World Bank, to strengthen the self-reliance of refugees and host communities, which includes training programs and support for creating job opportunities for Syrian refugees. The deal has allowed the country to access grants and financing package.

Jordan’s Startup ecosystem observe many improvements in the past years, especially in 2019 Jordan, implemented critical economic reforms. For the first time, Jordan has been selected among the top 3 business climate improvers by jumping an unprecedented from 29 ranks in the 2020 Doing Business rankings, according to the World Bank Group’s Doing Business 2020 report. Moreover, Jordan is a host to various incubators and accelerators and is one of the region’s most giant magnets of venture capital and equity funds.

Syrian refugee entrepreneurs benefited from those improvements and support as several new entrepreneurial programs have been established, focusing on small business and startup advancements and training.

Through examing the challenges facing the Syrian entrepreneurs living in Jordan, the finding indicated a slight improvement. Banking and financial services limitations and Psycho-social Background & Trauma have been easied. While in contrast, challenges social exclusion and complex regulatory policies have become much harder. Travel Restrictions and are still the number one challenge for the Syrian refugees in Jordan. 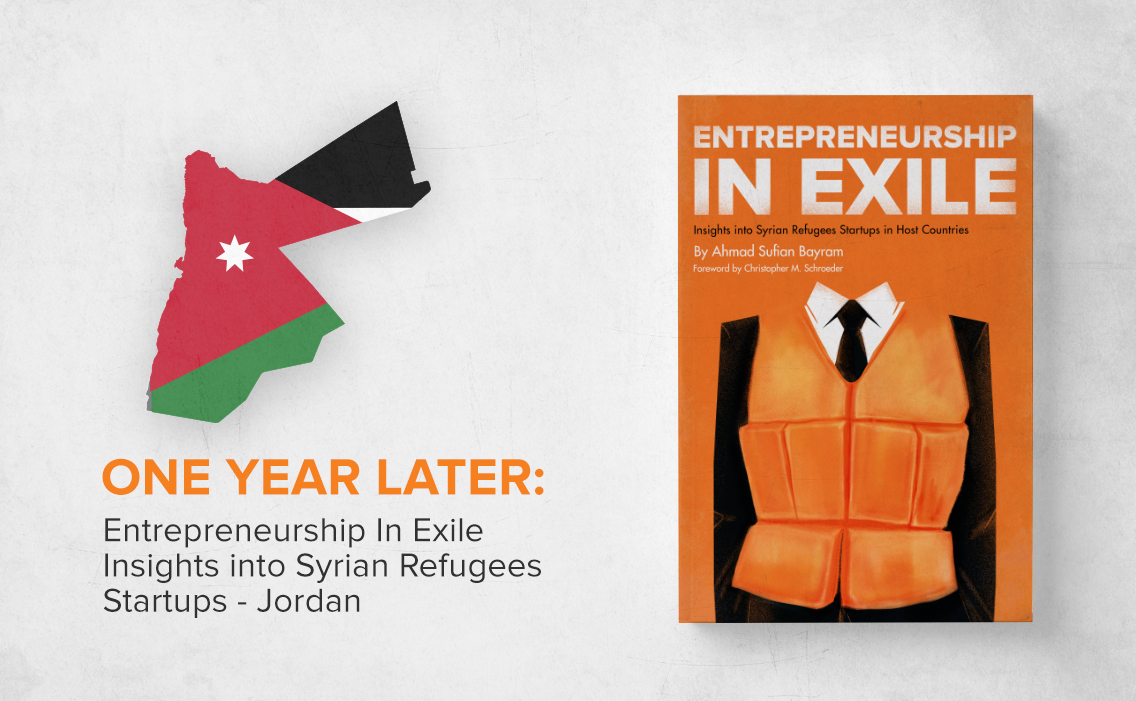