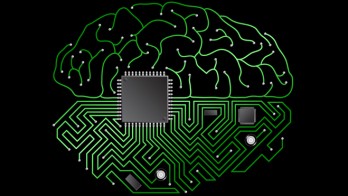 Let start with this! Around 1400 when the Print Press was invented it changed Europe upside down as it helped people to communicate with many groups of others without being at the same place. After a couple of hundred years, there were two new ways of communication has been invented the first one was the Telegraph the slow text base, and the second was the Telephone the device that transmits and receive a real talk, those two medias was a good in creating one-to-one conversation but not in create groups. Then around the 1850s a new revolution of recorded media – Photos, Recorded Sound, and Videos has been invented but this time those medias failed in creating conversations. Finally about 100 years ago two other media had come the Radio and the Television, which they gave us a one-way channel from one-to-many.
But the Internet and the emergence of the World Wide Web specially the WEB two point O allowed people for the first time in history to have many-to-many conversations and the other big change the Internet has made that it carries the whole features that all other medias have and let the people read post from other and see, hear, and listen to each others as well.

There are many names for this new Web: the Web 2.0, the living Web, the Hypernet, The active Web, the read/write Web. Call it what you likeـــ the sentiment is the same. We’re all participating in the rise of a global, ubiquitous platform for computation and collaboration that is reshaping nearly every aspect of human affairs, while the old web “Web 1.0.” was as a digital newspaper, you could open its pages and observe its information, but you couldn’t modify or interact with it, the new web is about the communities, participation, and peering. As user and computing power multiply, and easy to use tools proliferate the Internet is evolving into a global, living, networked computer that anyone can program.

According to James Surowiecki, the author of the Wisdom of the Crowd book:

“There are four conditions that characterize wise crowd: diversity of opinion (each person should have some private information, even if it’s just an eccentric interpretation of the known facts), independence ( people’s opinions are not determined by the opinions of those around them), decentralization (people are able to specialize and draw on local knowledge), and aggregation (some mechanism exists for turning private judgment into collective decision”.

And that what Web 2.0 did aggregating the knowledge from each one of us to a new collaborative production of knowledge (Wikipedia) and software (Linux), and collaborative making (Arduino, Local Motors, or the Wikispeed car). And turned the old industrial models on their heads and began the new age of networked intelligence.

Twenty years from now we will look back at this period of the early twenty- first century as a critical turning point in economic and social history. We will understand that we entered a new age one based on new principles, world views, and business models where the nature of the game was changed.

Share this Story
Next: The Emergence of The Collaborative Economy. Part Two

This site uses Akismet to reduce spam. Learn how your comment data is processed.